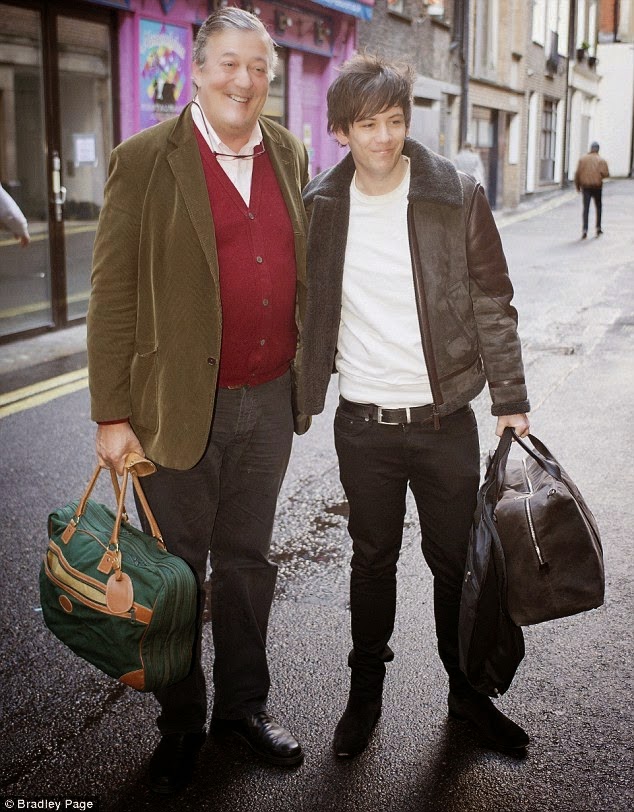 The 57-year-old took to Twitter yesterday to share the news, posting a photograph of he and his stand-up comedian husband signing the civil register in Dereham, Norfolk. His groom quickly re-tweeted the image to the joy of their millions of followers (pictured above)

Upon news of their engagement, Mr Spencer's parents had said they were 'over the moon' to welcome the television star into their family. Stephen Fry is 30 years older than his husband Elliot Spencer whose father Robert, at 57 is the same age as his new son-in-law. 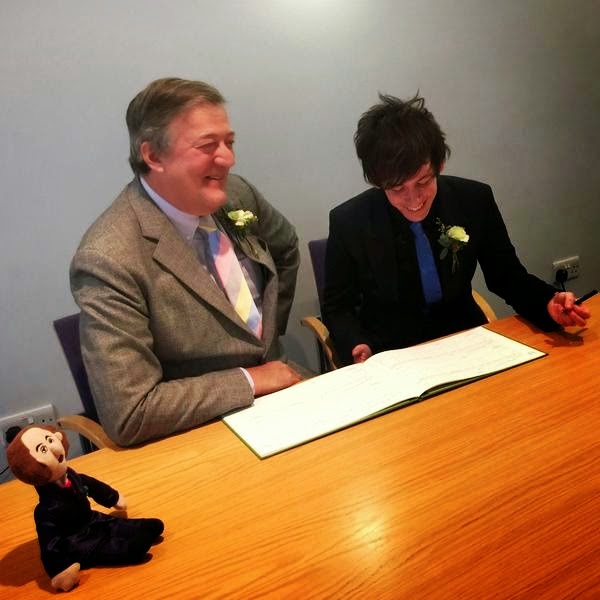 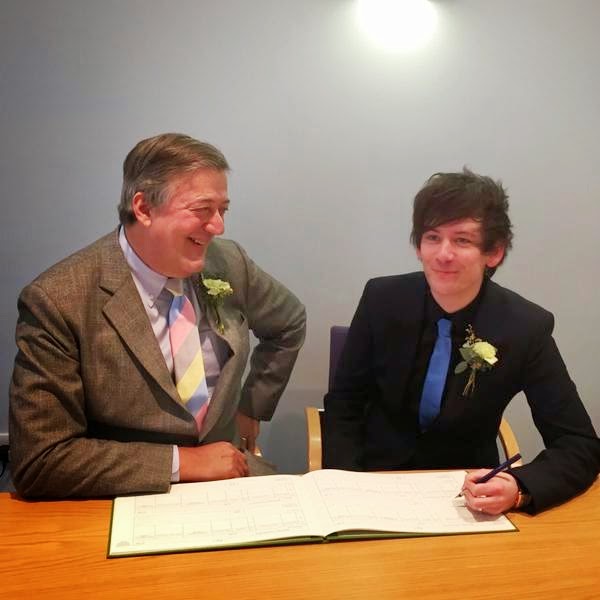 Posted by Felix Akintunde at 00:23