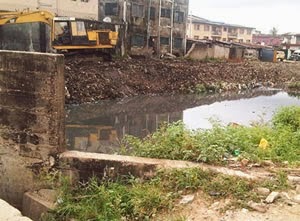 Some suspected cultists believed to be loyal to a political party invaded Adifase Street, Bariga, Lagos and hacked Segun Atupa, an Okada rider to death. According to Punch, the hoodlums severed the 28-year-old victim’s hand and fled with it.

The murder came less than two weeks after some political thugs killed two youths and beheaded one of them in the Fadeyi area of the state.

It was learnt that the victim was attacked in the area around 8pm on October 24. He was said to have
been ambushed and hacked with machetes repeatedly by the hoodlums while going about his evening business.

After the brutal murder, the hoodlums dumped Segun’s body beside a canal on the street as they left.
It was also learnt that the deceased, who lived on Olusoji Street, Bariga, was attacked because the hoodlums claimed that he was working as an informant for rival political gangs in the area. A resident who wished to remain anonymous for fear of reprisal said the hoodlums pursued Segun into the area and killed him.

“On Friday at about 8pm, we were all outside enjoying the evening until we began to hear noises. That is not strange in this area. But we also heard gunshots, and you could feel that some people were running towards our street. Everyone was afraid and quickly rushed inside, bolting their doors. From inside my house, I was hearing deep voices of ‘pursue him and kill him’, ‘pursue him and kill him’. But no one could come out to check who it was. When it was morning, we saw the corpse of a man already killed and dumped in the canal.”

When news authorities visited Segun's house, it was learnt that the motorcyclist’s wife had died from an accident, only about two weeks ago, and he was still grieving her death.

Another resident, Mr. Jamiu Oluyomi, said attacks on innocent lives in the area by thugs working for political parties had become commonplace, urging the police to intensify security in the Bariga and Somolu areas of the state. He said:
“These thugs are not ghosts. We know them, the police know them too. They use aliases such as Eyin Bouncing, Ologun, Sean Paul, and Tolu T-boy.”