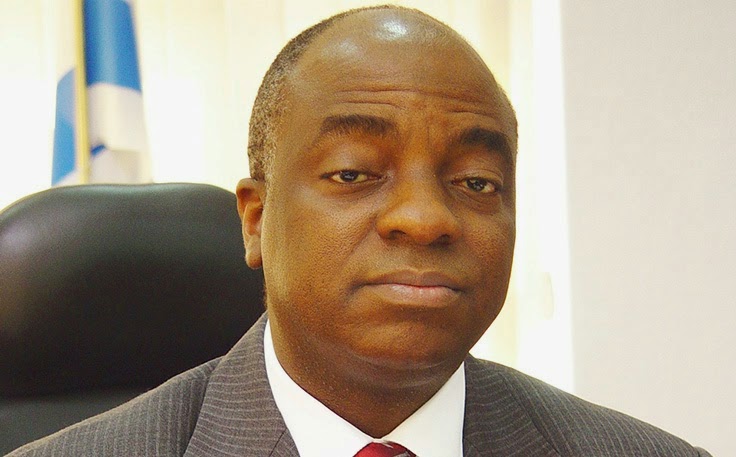 According to a 'crazy' list just published on RichestLifestyle.com, our very own Bishop David Oyedepo is the richest pastor in the world with an estimated net worth of $150 million!.

10) Joseph Prince – Net worth: $5 Million (Singapore)
Annual salary of this Singaporean pastor is $550,000. Pastor Joseph Prince is the senior pastor of the New Creation Church in Singapore. The New Creation Church’s financial income was reported at $44.7 million US dollars in 2008. He hosts a religious program called “Destined to Reign.” He has addressed many congregations worldwide.

9) Chris Okotie – Net worth: $10 Million (Nigeria)
Chris Okotie was a pop musician in the 1980s. He embraced the Bible and set up the Household of God Church, one of Nigeria’s most flamboyant congregations. He is an automobile lover and owns several posh cars which include a Mercedes S600,  Rolls-Royce, Hummer and Porsche.

8) Matthew Ashimolowo – Net worth: $10 Million (Nigeria)
Matthew Ashimolowo’s Kingsway International Christian Center is the largest Pentecostal church in the United Kingdom. It has assets worth more than $40 million and earns profit of more than $10 million.

7) T.B. Joshua – Net worth: $15 Million (Nigeria)
Prophet Temitope Balogun Joshua is Nigeria’s most powerful, controversial and philanthropic preacher. He heads the Synagogue Church of all Nations (SCOAN), a congregation he founded in 1987. The christian minister, televangelist and faith healer is a big giver; his humanitarian works include education, healthcare and rehabilitation programs. He is the owner of Emmanuel TV, a Christian television network.

6) T. D. Jakes – Net worth: $18 Million (United States)
Bishop T. D. Jakes is the apostle/bishop of The Potter’s House, a non-denominational American mega-church that has over 30,000 members. His ministry’s annual revival MegaFest draws more than 100,000 people.

5) Billy Graham – Net worth: $25 Million (United States)
Billy Graham is a southern Baptist. He earned celebrity status when his sermons were broadcast on radio and TV stations all over the USA. He founded the Billy Graham Evangelist Association in 1950.

4) Creflo Dollar – Net worth: $27 Million (United States)
This American televangelist, pastor is also a Word of Faith teacher. He is a founder of the non-denominational World Changers Church International. He has built a multimillion dollar ministry on the message “It is the will of God for you to prosper in every way.”

3) Benny Hinn – Net worth: $42 Million (United States)
This Israeli-American televangelist earned wealth through his ministry and evangelical program. He is well-known for his regular miracle healing crusades, which are held in large stadiums in major cities and broadcasted in the TV.

1) David Oyedepo – Net worth: $150 Million (Nigeria)
Bishop David Oyedepo is the richest pastor in Nigeria and the world. He is the founder of the Living Faith World Outreach Ministry. Ever since he founded this ministry in 1981, it has grown to become one of Africa’s largest congregations. He hosts three services every Sunday in The Faith Tabernacle. This prosperous pastor owns private jets and homes in the US and the UK.
Posted by Felix Akintunde at 01:02