Man jokes over Ebola on a flight. 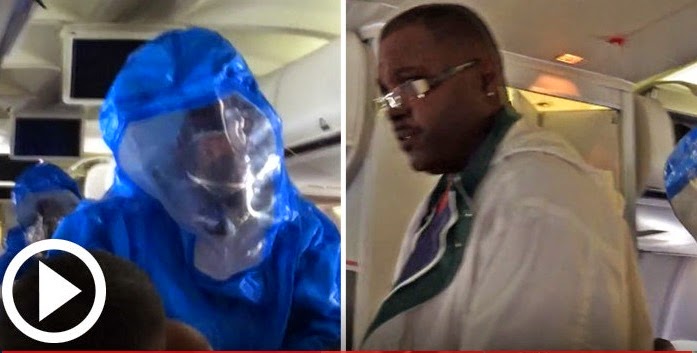 I just saw this piece on TMZ website, A US Airways flight from Philadelphia landed in the Dominican Republic Thursday, and was immediately greeted by health officials after a passenger decided to make a stupid joke.

According to passengers the man sneezed and then said he'd just come from Africa. Flight attendants immediately reported it... even though the man pleaded with them that he was only joking.

What kind of joke was that. LOL!
Posted by Felix Akintunde at 16:11