Is Diddy going out with Jennifer Lopez? 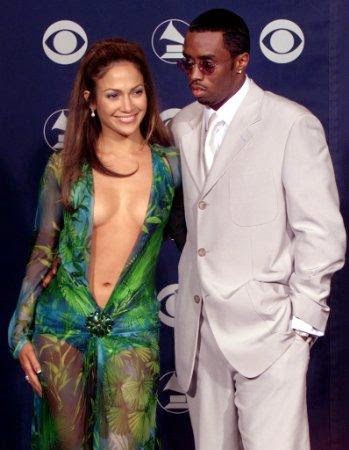 MTO is reporting that Diddy and Jennifer Lopez was seen clubbing together last night.

Read the report below:

Jennifer Lopez and her manager Benny Medina weer photo'd leaving the backdoor exit of Hooray Henry's after attending Jessy Terrero’s birthday. J. Lo met up with her ex-P. Diddy at the star studded celebration. The reunited pair reportedly sat at the same table inside the club but chose to leave through separate exits.

This is an interesting sighting because last week Didd was GUSHING about J Lo Access Hollywood. During an interview with Billy Bush Diddy said, "Oh my God. I'm so lucky to have that great woman [ Jennifer Lopez] in my history. She is one of the greatest I've ever seen." And When Billy asked SPECIFICALLY about J Lo's butt, Diddy replied. "I mean, it's great. It's a work of art. It's something that will go down in history, for real it will."

Looks like Diddy is trying to RE-LIVE that history.

Posted by Felix Akintunde at 12:38