According to report on ColinUdoh.Com

'The decision was among others announced by the NFF Executive Committee after a meeting in Abuja on Wednesday night ‘in the interest of Nigerian football and the desire to ensure qualification for the 2015 Africa Cup of Nations finals’.

Keshi’s technical and backroom staff were also fired along with him. In their place, Salisu Yusuf, Gbenga Ogunbote and Alloy Agu will join Amodu for the final two games of the qualifying series.

Nigerians have been divided over the performance of the coach with some thinking he deserves to stay on, and others believing he’s tactically not on par with the world class coaches. But after winning the nations cup, and getting to the round of 16 in the World Cup, it’s hard to argue against his achievements. 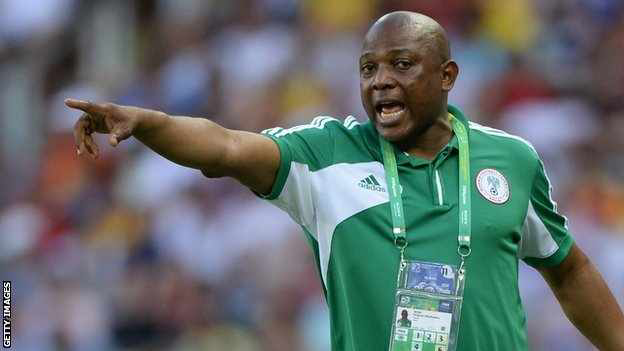 Posted by Felix Akintunde at 23:53

Email ThisBlogThis!Share to TwitterShare to FacebookShare to Pinterest
Labels: Soccer