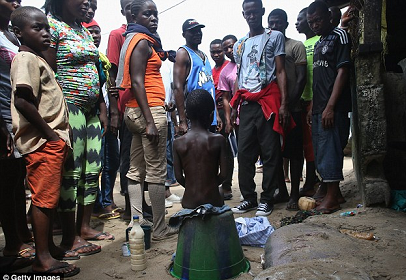 A 2-year-old girl in Mali has been diagnosed with Ebola, making her the West African country's first confirmed case.

CNN reports that the girl was brought to Mali from neighboring Guinea, where the outbreak this year is believed to have started. The girl, whose father died of Ebola, was taken to the hospital in Kayes after a nurse noticed she was suffering from what appeared to be Ebola-like symptoms. A test confirmed the girl has Ebola.

"The girl is still in the hospital in Kayes together with members of her family who might have been exposed to the virus," she said.

The confirmed case in Mali makes it the sixth West African country to be hit by the virus, which the WHO reported has killed more than 4,800 people
Posted by Felix Akintunde at 09:19