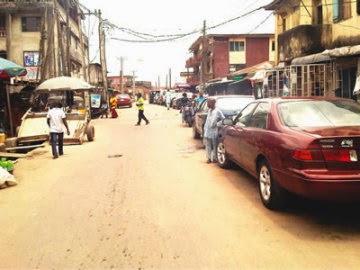 The Lagos State Police command has arrested six suspected cultist in the Moshalashi street of Shomolu, read the report below as gathered by Punch Metro

The Special Anti-Robbery Squad of the Lagos State Police Command has arrested six suspected cultists in the Moshalashi Street, Somolu, and its neighbouring areas.


Our correspondent gathered that the suspects also confessed to armed robbery.

PUNCH Metro learnt that among them were four teenagers whose names were given as Toheeb Shehu, 18, Segun Rafiu, 16, Seun Atilade, 19, and Tunde Ogunyemi, 18. The two others were named as Adewumi Adeyemi, 22, and Muhideen Hassan, 21.

Our correspondent gathered that while some of the suspects belonged to the Eiye Cult Group, others belonged to the Aye Cult ─ both of which clashed in the area many times, leading to the death of no fewer than eight people.

PUNCH Metro had reported on Monday, September 8, that suspected cultists in the area engaged the police in a shootout, after which two of them were arrested at that time.

A police source told our correspondent that, although six suspected cultists were arrested on Wednesday, others were still at large, while the police continued to be on their trail.

It was also gathered that they were apprehended following many public outcries to the police that cult groups were laying siege to the area. Our correspondent learnt that the teenage cultists confessed to the police that they made use of guns, machetes, daggers and clubs in their operations.

Speaking with PUNCH Metro, one of the teenagers, Atilade, said his mother had warned him not to be involved in cult activities but he had been disobedient.

He said, “I have been staying in Somolu from childhood. I am the only son of my mother, and she had always warned me against all the cult activities. But one way or the other, I was initiated into the Eiye cult. They usually used the opportunity of the clashes to rob, but I did not join them.

“I smoke cigarettes. I also drink. I was aware that my cult dropped (killed) two people in the area just last month. But I have never killed anyone. Our gang leader is one Abayomi, popularly known as Ado. He uses locally-made guns and has several of them.”

Another teenage cultist, Ogunyemi, told our correspondent that he had joined the cult after the death of his father.

He said, “I was an apprentice in a mechanic workshop. I hail from Ikole Ekiti in Ekiti State. When my father died, I joined the gang. Our base is Popoola Street, Bariga and Moshalashi Street, Somolu. I have a bike which I used to convey my gang members to the scene of attack. But I am now repentant.”

The Lagos State Police Public Relations Officer, Ngozi Braide, said she had yet to be aware of the arrest.
Posted by Felix Akintunde at 00:48