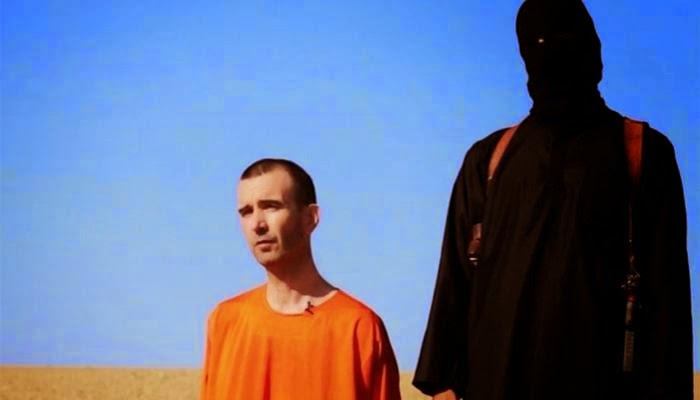 Terrorist group ISIS has released a new video showing the execution of British aid worker David Cawthorne Haines. This would be the third time the organization, which has seized large swaths of Iraq and Syria, beheaded a captive and released a video of the execution, intending to send a message to Western nations.

Haines, 44, like others in taped executions by the terror group, was forced in the new video to read a script in which he blamed his death on British Prime Minister David Cameron and the British government’s decision to join the U.S. in its battle against ISIS. A black-clad, masked militant holding a knife then says the execution is in retaliation for Britain’s decision to supply arms to Kurdish fighters battling ISIS in Iraq.


After the murder, another captive is shown and the executioner warns Cameron "you ... will have the blood of your people on your hands,” if the U.K. continues to ally with the U.S. in its campaign against the group.

Britain had recently said it would send machine guns and ammunition to Iraq to help that government battle the militants, and it is weighing whether to participate along with the U.S. in possible airstrikes in Syria against the terror group. Cameron called the execution "an act of pure evil." The prime minister said:

"This is a despicable and appalling murder of an innocent aid worker. It is an act of pure evil. My heart goes out to the family of David Haines who have shown extraordinary courage and fortitude throughout this ordeal. We will do everything in our power to hunt down these murderers and ensure they face justice, however long it takes," Cameron added.

Haines, a father of two, was abducted in early 2013 in Syria while working for an aid group. ISIS had released a video Sept. 2 showing the beheading of American journalist Steven Sotloff, who was kidnapped in Syria in August 2013. Another American journalist, James Foley, was executed and a video was released Aug. 19.
Posted by Felix Akintunde at 06:40