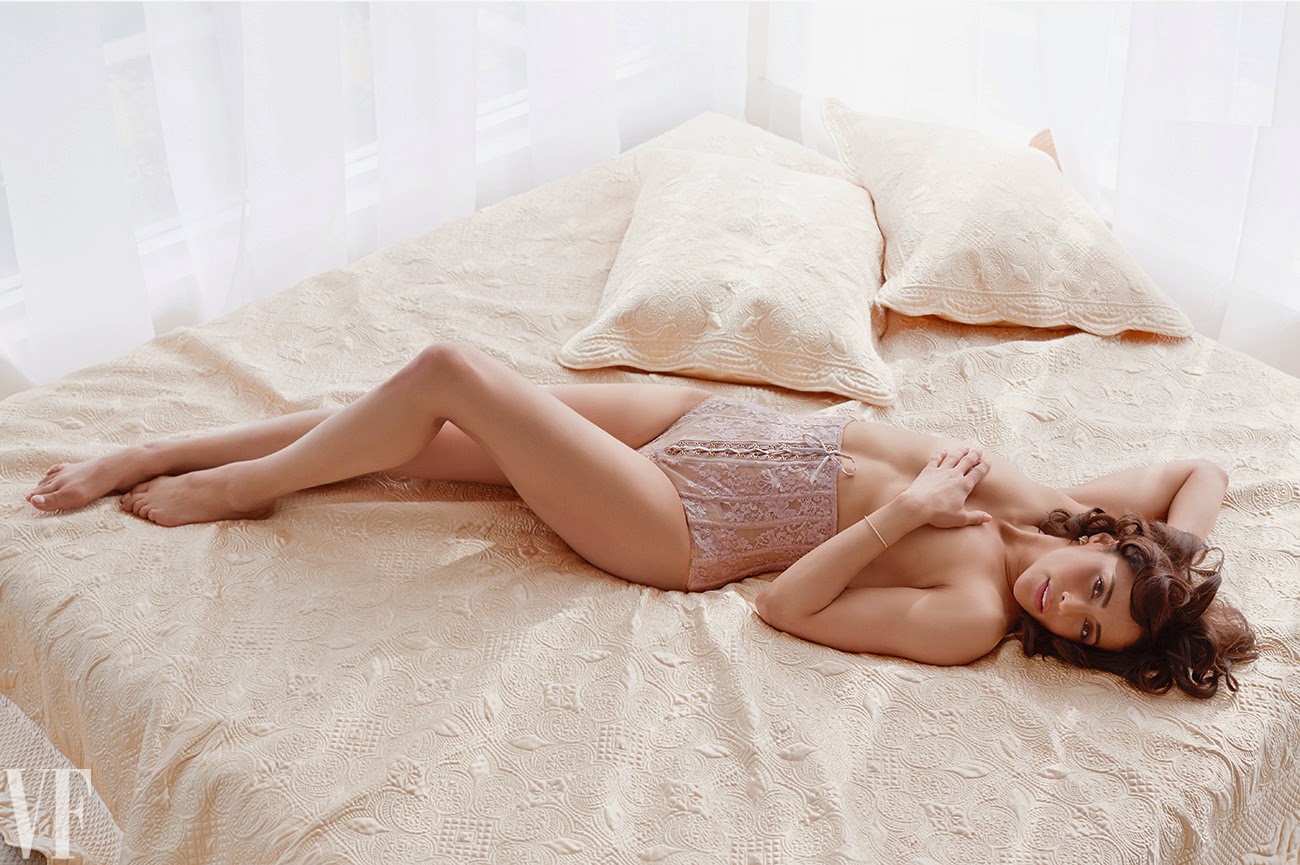 Film star Paula Patton made headlines after she and estranged hubby, hitmaker Robin Thicke announced their decision to separate back in February, few months after he twerked onstage with Miley Cyrus and her foam finger at MTV’s Video Music Awards, and was then caught in a “reverse mirror selfie” cupping the buttocks of a fan. And now, she's about to start another buzz with her teasing topless photos for Vanity Fair magazine.

When she was asked if she and Robin will remain apart, Patton only said:

“We’ve known each other since we were teenagers. All I can tell you is there’s a deep love there—always was, and always will be.”

Posted by Felix Akintunde at 02:51