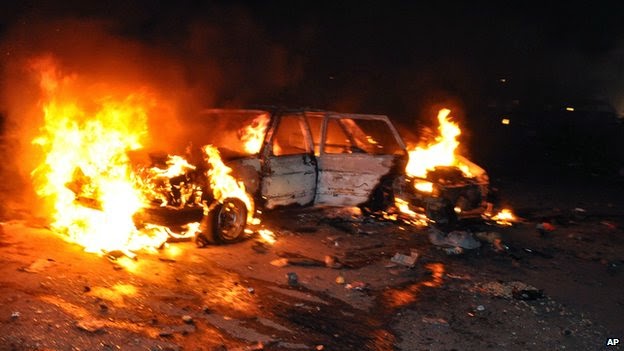 President Goodluck Jonathan yesterday revealed that the masterminds of the two deadly bomb blasts that rocked Nyanya, a suburb of the Federal Capital Territory have been arrested and are currently helping the security agencies in their efforts to unmask their financiers.

Vanguard reports President Jonathan said this while fielding questions from journalists at the end of the 24th World Economic Forum for Africa, WEFA, held in Abuja which ended yesterday.
Posted by Felix Akintunde at 02:37