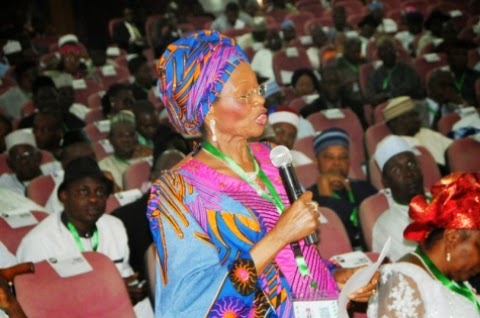 According to a report on Saharareporters, one-time Minister of Information and former Director-General of the National Agency for Food and Drug Administration and Control (NAFDAC), Prof Mrs Dora Akunyili is in a serious health crisis after her medical condition deteriorated during the on-going national conference.

A family friend had told SaharaReporters that Mrs. Akunyili was diagnosed with cancer and stated that she had spent several months in the US receiving treatment. And now, that Mrs. Akunyili’s condition worsened a few days ago, prompting her hospitalization at an undisclosed hospital
Posted by Felix Akintunde at 02:30