CONFIRMED: The Abducted Female Students Have Been Seen 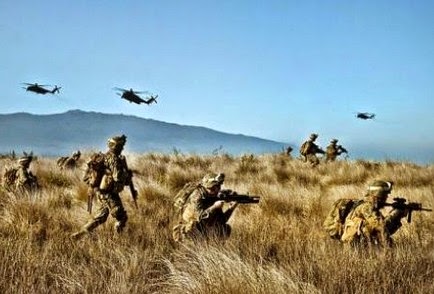 Following the involvement of American marines in the efforts to rescue and #BringBackOurGirls, indications have emerged strongly that the dreaded Boko Haram sect have moved many of the over 200 schoolgirls out of Nigeria and, worst still, out of the West Africa region. The girls were seen in Central African Republic.

Here are the shocking details: “The Nigerian schoolgirls abducted by Boko Haram have passed through the northern CAR, escorted by armed men. Based on several testimonies of inhabitants, the women arrived Wednesday, April 30 aboard trucks.

“They were guarded by heavily armed men, who spoke English, and also members of the former (CAR) rebel Seleka.

“According to our source, the convoy of two trucks and a pickup was previously seen at Tiroungoulou (about 170 kilometres southwest of Birao) and perhaps Chad.
“Upon arrival, some were frightened, cried and were violently rebuked in English. The girls and their guardians were then housed for several days in a house...

Posted by Felix Akintunde at 04:13