Chris Brown sentenced to 1 year in jail. To spend only 131 days 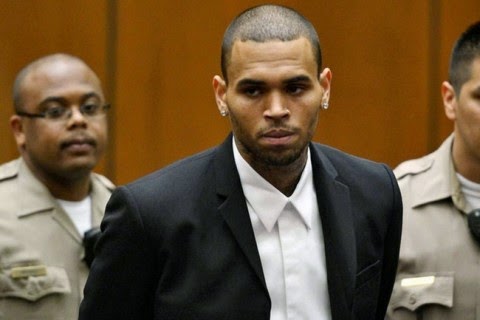 TMZ just reported this breaking news...Chris Brown was a few hours ago sentenced one year in jail for violating his probation in the Rihanna case during an appearance in court today. But thankfully he will only spend 131 days or less in jail for time already spent in jail.

Chris Brown was in court Friday afternoon, where he admitted he violated his probation by getting into a fight with a dude in Washington D.C.

That's all the judge needed to hear. He sentenced Chris to 1 year in jail. However, Chris got credit for 116 days he spent in rehab, and another 59 days behind bars. That leaves 131 days in the pokey.

But we're told the L.A. County Sheriff's Dept has been releasing inmates sentenced to 1 year after 240 days.  And here's the thing. Chris gets credit for 2 days for every 1 he served behind bars, so when you add it up, he has credit for 234 days -- 6 days shy.  So he could be released in days.

Posted by Felix Akintunde at 03:37