Chris Brown Gets 131 days in Jail for Probation Violation! 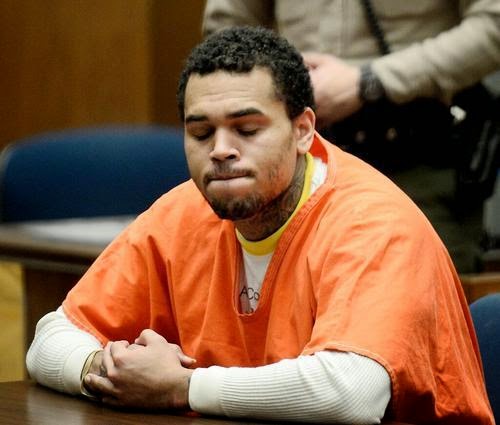 Embattled singer Chris Brown has just been sentenced to a year in L.A. County Jail for violating his probation stemming from his 2009 assault on Rihanna. Chris had admitted today in court that he violated his probation in the DC fight with one of the Paparazzi. That’s all the judge needed to hear.  He sentenced Chris to 1 year in jail.

However, good news now is that Chris could be released by this week’s end because he was given credit for the 234 days time he has served - 116 days he spent in rehab, and another 59 days behind bars. Meaning he only has 131 more days to go.
Posted by Felix Akintunde at 02:38