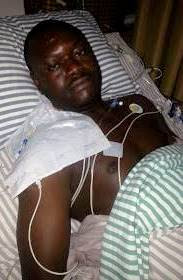 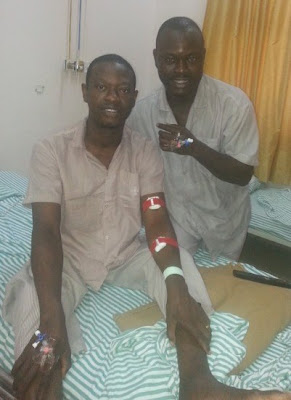 Popular comedian and OAP Iruvwe Okeremute aka De-Don donated his kidney to his ailing elder brother, Morris Okeremute, who urgently needed a transplant to survive. De Don traveled to India a few weeks back to donate his kidney. He explains why he did it in a new interview

"My brother started having this kidney problem in 2009. My elder sister donated her kidney to him at the time but unfortunately in January 2013 the kidney failed because he didn't take his drugs for some weeks because the drugs he ordered from India arrived late. Se when he needed another kidney it was natural that I donate to him. It wasn't difficult making up my mind because I needed to save his life. I equally had a proper awareness about kidney donation and also the fact that nothing happened to my sister who had donated before. She even had another baby boy after the donation.

Posted by Felix Akintunde at 04:52