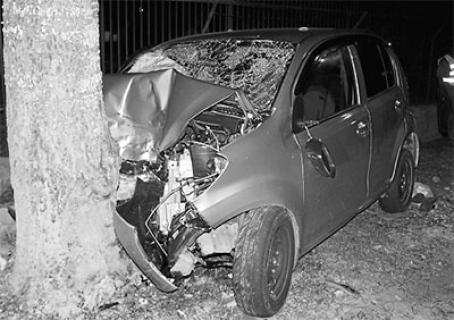 Three Nigerian students of a private college in Malaysia were killed early morning today while two others suffered serious injuries when their car lost control and crashed into a tree.
The students aged between 29 to 33, were in a Perodua Myvi when it crashed at 2.30am. The dead including the driver, identified as Aliu Tajuden, 30; Tope Samuel, 30 and Busuyi Zacheus, 29, died at the scene while the other two were warded at Tuanku Jaafar Hospital (HTJS) for severe injuries.
Police spokesperson said the they were heading to their hostels at the time. "Preliminary investigation suggested that the car was going fast at the one-way lane and lost control, before crashing into a tree," he said. He said the Nigerian embassy was informed of the fatalities, to come claim the bodies.

Posted by Felix Akintunde at 20:27