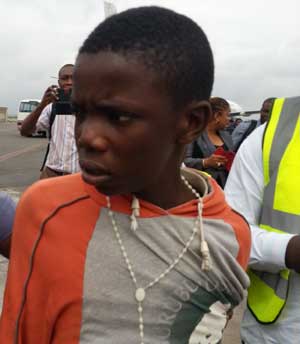 A group called De Raufs' Volunteer Group - a group of supporters of Osun State Governor Rauf Aregbesola, has offered 14 year old Daniel Oikhena, the boy who flew an Arik plane from Benin to Lagos hidden in the plane's undercarriage, a scholarship.

The Director-General of the group, Amitolu Shittu, in a statement released yesterday said the group is ready to give scholarship to Daniel up to university level and also help him achieve his target of travelling through the air.
Posted by Felix Akintunde at 05:38