Rather Than Destroying More Than You Can Create, Find Ways Of Resolving The Issue! Segun Adekoye Writes On Ese Walter & Rev. Biodun Fatoyinbo Saga 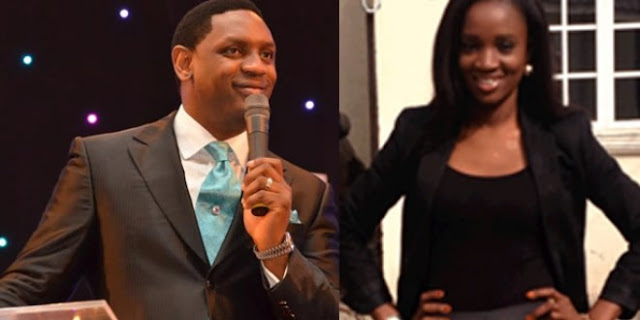 And this won't stop.... I know most of you have read what she said. Well i found this, and thought you guys should read it too.

When we talk about issues regarding religion we have to be careful, because it is one of the things that fragments our beliefs, our thoughts and our world at large. Much has been destroyed in this world on the basis of religion. Atheism is a form of religion, as is Islam, Christianity, Buddhism, Judaism and a horde of thousands of not-so-widely-known doctrines worldwide.

You would have read Ese Walter’s open confession on her affair with the senior pastor of COZA, Biodun Fatoyinbo. The matter has been thrown back and forth. Rev. Biodun Fatoyinbo has been flogged severely by comments from people who are thoroughly pissed at him. Ese Walter on the other hands has been reprimanded, comforted and even advised to go for ‘psychoanalysis’ as a particular commenter put it. I didn’t intend to talk about this issue, but I have a thing or two to say on the matter.
Posted by Felix Akintunde at 13:50