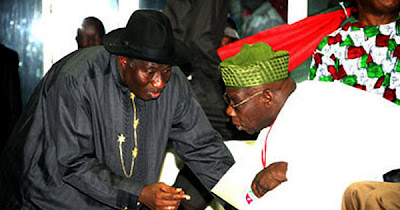 The 5 northern states governors opposed to the plan by President Goodluck Jonathan to run for another term in 2015 have said that former President Olusegun Obasanjo was very much aware that Jonathan indeed agreed to serve for only one term, after spending two years of Yar-Adua's Administration.

“We are impressed with the report that Dr Goodluck Ebele Jonathan has already taken a unique and unprecedented step of declaring that he would only want to be a one-term president. If so, whether he knows it or not, that is a sacrifice and it is statesmanly.

Posted by Felix Akintunde at 13:38