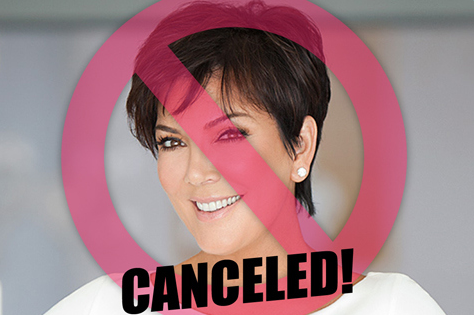 According to a report by Radar Online, Kris Jenner's talk show has been canceled due poor ratings

Kris Jenner has been told by FOX executives that her six-week trial run at being a talk show host will be just that - it’s not coming back for a second run.

Kim K's mother was recently told, “There is no chance the talk show is going to get a green light from FOX. The ratings were averaging an abysmal 0.8 and advertisers were less than enthusiastic about it.”

“Kris did get a ratings bump for her last show when Kanye West revealed the first baby pic of daughter, North West, with Kim, but that was a one time shot in the arm and it wouldn’t be indicative of what the ratings trend would be,” the source close to the production told RadarOnline.com.

“It’s a very crowded market and Kris didn’t do anything to set herself apart from the field. Believe it or not, most of America doesn’t want to hear about the Kardashian’s for an hour everyday,” the source revealed.

Posted by Felix Akintunde at 05:54