Akwa Ibom LG chairman arrested for smuggling $82,000 into the US 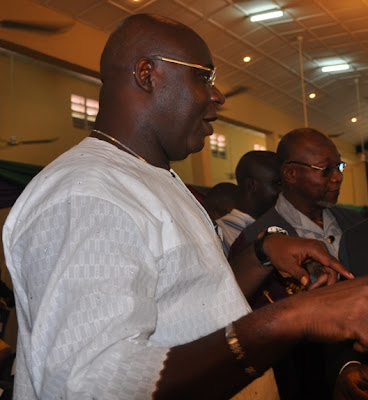 The executive chairman of Essien Udim local government area of Akwa Ibom state, Mr Nse Ntuen, was arrested at the BWI International Airport in Baltimore, Maryland on Friday August 16th for smuggling $82, 000 into the US. The Maryland State Police Department confirmed the arrest yesterday Sunday August 18th, saying Mr Ntuen did not declare the money with the US custom officials. They said he only declared $5,000, only for an additional $77,000 to be found in his bag.

Mr Ntuen explained that he brought the money into the US to donate it at the Annual International Convention of the Akwa Ibom Indigenes in the US and Canada which held on Saturday at the Marriot Hotel in Washington, DC.

Mr Ntuen was released after five hours in custody but he didn't leave with the money. The Maryland State Police Department confiscated it.
Posted by Felix Akintunde at 00:24