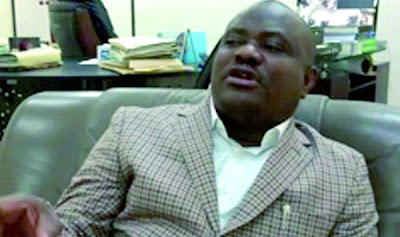 The recent unguarded statements credited to the controversial Chairman of the PDP in Rivers State, Felix Obuah where he exposed the secret behind the campaign by the junior Minister of State for Education, Barr. Ezebunwo Nyeso Wike against the Governor of Rivers State, Chibuike Amaechi may have jolted the powers that be in Aso Rock who are threatening to withdraw their support for the Minister whose penchant for violent criticism has drawn the ire of many stakeholders in the Nigerian question.

Our source who pleaded anonymity confirmed to Agogo News that as soon as reports of the statement by Obuah who had told supporters and members of a faction of the PDP under the auspices of the GDI, a political organization set up by Wike to propagate his ambition of becoming Amaechi's successor, that Wike is the next governor of Rivers state; reached the Presidency, the First Lady was said to have been jolted and visibly angry as that is not her calculation for 2015 in her home state, Rivers which is divided into Upland and Riverine with her native Okrika belonging to the Riverine.
Posted by Felix Akintunde at 13:29